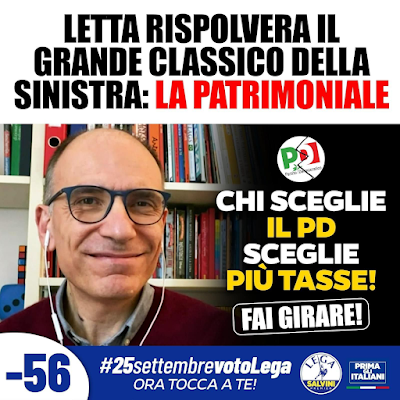 For some strange reason that it is impossible for me to fully appreciate, the piddini are convinced that two specific segments of the electorate, immigrants and young people, are their terrain of conquest, and they try to ingratiate themselves with them in every way, with disruptive social effects and counterproductive electoral effects. .

Immigrants are divided into two categories: the regular ones, and the irregular ones. By a strange paradox, which is not such a paradox, it is the regular immigrants who are most bothered by irregular immigration, which creates reputational damage for them and gives them unfair competition, based on wage dumping (the left is always that of the army industrial reserve, only once he tried to reduce it and now to increase it). The immigration policy of the PD therefore directly contradicts the aspiration of the PD itself to be voted by foreign voters: even if all subjects legally resident in Italy acquire the right to vote (a perspective on which there would be much to discuss!), Obviously they they would turn to the party for which the industrious subjects already vote: workers, entrepreneurs, professionals, etc., that is, the League. So either the PD is delirious (or panic), or immigrationism, rather than an attempt to intercept the foreign vote "from below", rationally responds to the desire to please the will of the foreign podestà, giving way to his not unlikely intention of socio-economic destabilization of our country.

Young people are less naive than the PD does. Even those who do not remember it, however, warn that it was the PD that carried out the job insecurity agenda that forces them to seek their fortune elsewhere, and despite the great cultural work invested to demonize the permanent job (complete with Checco Zalone used as "weapon end of the world"), to enhance precariat as a "challenging" existential condition, to cover the compulsion to emigrate with a captivating patina of awanagan cosmopolitanism, in their hearts almost everyone understands that in this state of things there is something wrong. It always amazes me, when I interact with twenty-year-olds, to see how strong the nostalgia is in them for a world they have never known, a world on a human scale and not of monetary funds, a world that gave more distant perspectives for the next quarterly. cash, and consequently made it possible to build a life project (which also included having children at an age in which if you do not have the wisdom, you at least have the strength to educate them!), a world in which the intermediate bodies had and gave a sense of the desire to participate.

Obviously, if that world is desired by those who have not had direct experience of it, it means that even those who have not known it understand that only it is compatible with true democracy and therefore with genuine freedom. And so, yes, young people know that the PD hates them: 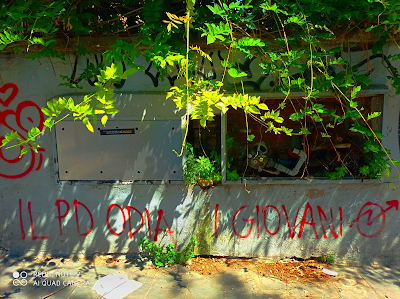 and there is no real or presumed flaw that can keep them from reciprocating this feeling.

So, dear Enrico Pisano, go on like this: never interrupt a Pisan when he is making a mistake. If you believe that today's young people are so nasty that they don't understand that what you want to do is tax, because Europe asks you to, the house they live in thanks to their parents (those who lived in a normal world), you you delude yourself. They get it, and they'll let you know.

Here there would be the note, an icastic closed one, which, however, I do not put, precisely out of respect for the young people, because the one who pronounced it was their willing executioner (see the link above, the only one in this post), and he paid for it. , despite being, politically, a decent genius.

This is necessary, and you all know it, including the zerovirgolisti useful idiots of the PD!